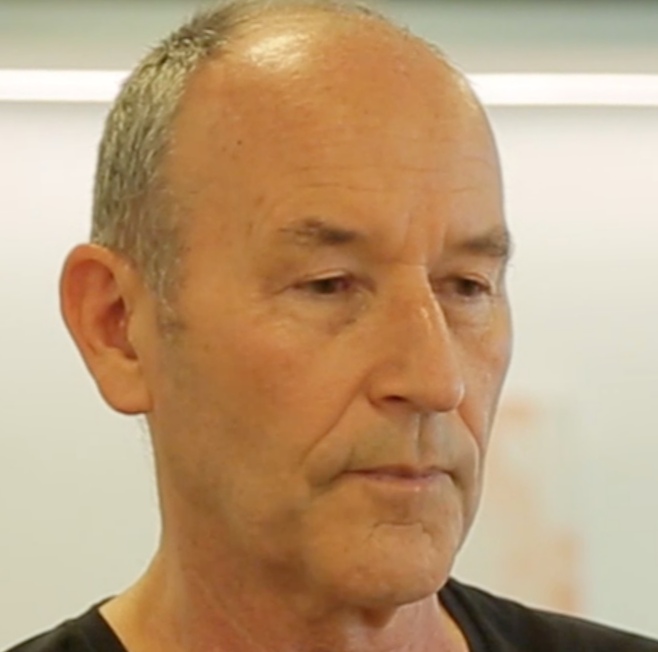 Patrick began Taiji with an experienced student of Master Huang Xingxian in 1973. In 1977 he moved to Kuala Lumpur, Malaysia where he studied full time in Master Huang's school. In 1979, following tradition, Master Huang accepted Patrick as his personal disciple - the only non-Chinese to ever enter Huang's inner-school. From that time Patrick Kelly travelled and taught beween Asia, Australasia and Europe while continuing to learn personally with Master Huang until his death late 1992. Simultaneously Patrick worked closely both with the Naqshibandi Gnostic Sage Abdullah Dougan for 14 years until Abdullah's death in 1987 and for 30 years with the Raja Yogi Mounimaharaj of Rajasthan who died in 2007 at more than 105 years old.

At his teachers' request, with the aim of making available the esoteric principles of internal development through the practice of True Taiji, Patrick established a Europe wide teaching network. This is a loose association of mature intelligent practitioners - with no committees, no fees, no rules, no obligations, no school to join and none to leave - people simply practice what is taught with more or less energy and intelligence according to their choice. Within it 50 senior practitioners (20+ years Taiji and 14+ years with Patrick) along with 150 close practitioners (average 14 to 20 years Taiji) teach some thousands of students through their fully independent schools.

The past 25 yearswere by agreement, a chance for me to concentrate my teaching on those people who chose to concentrate their learning on the taiji as I taught it. In the second 7 years I directed the training more towards the mind. For the final 7 years I increased the spiritual content and gently eased out those with a more external interest. I brought precious things from some very great teachers, and gave them out very freely but not all who have learned from me understood what was taught or were able to accept it. Some were blocked by past teachings (cup too full), some by lack of practice, some by arrogance (ego), some by jealousy. Most of those people have already been pressured out by their own inner conflict and my helping hand. It was necessary for them to leave or they would have interfered with the future evolution of this teaching.

There are two waysTwo Waysnot to make progress. Of people who begin Taiji, 90% accumulate some knowledge and skill, but their practice is not intense enough to really change them. Of the 10% who do achieve some inner growth, 90% don't handle their success well. The ego becomes inflated with attachment to accumulated knowledge and skill, blocking further internal change. This becomes obvious to others but people seldom see it themselves." And further, "If they hoped to be better than they are, they may blame you and leave for another teacher. If they believe they are better than they actually are, they may get upset when corrected, leave, and often start teaching as independent teachers, passing on their misunderstanding of my teaching to others. Not many escape these traps, but if the student's wish to learn and go deeper is true, they will easily pass through them. Pushed by a well-trained teacher and pulled by the Deep Mind, success is inevitable if people keep going.

both external and internal with the 3 great streams of esoteric teachings - the East Asian, the Indian and the Middle Eastern/European - supports this teaching, which aims to lead people deeply inside themselves towards the one formless Source which has no name. Patrick's experiences within these 3 streams enliven his teaching. This worldwideway might condense to a few words:

"Seek a broad balance of experience in life":
harm no one,
understand others - change yourself,
stay positive in whatever life brings,
give respect to those who pass down the teaching,
feel grateful for the teaching,
be humble in the face of the high forces behind the teaching.

"Deepen consciousness":
using any helpful exercises or meditations,
inward through the 3 levels of human existence,
etheric, astral and celestial
(jing, qi and shen).

"Reach out for the Beyond":
realising, as the Beyond grows within,
that your outer human existence is next to nothing ...more
wechat: ninecloudsstudio
email: taiji@9clouds.ch